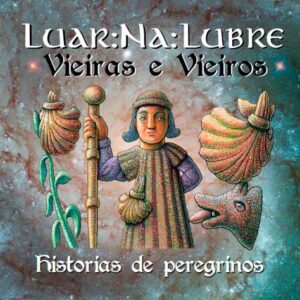 Vieiras e vieiros, stories of pilgrims, is the 19th record work, an album that visualizes the artistic, cultural and natural footprint of the Camino de Santiago, through the stories of those who walk the trails: the pilgrims.

The album’s title is a play on words that refers precisely to the stories that are the protagonists of this work: the human factor of the Jacobean route. As Bieito Romero explains, “the scallops are the most recognizable symbol of Santiago, as an apostle, and also of the pilgrims who, on numerous occasions, were taken to their land from our beaches. These travelers were and are the bearers of the scallops and who, with their walking, built and continue to build the roads (scallops) that make up the different Jacobean routes, from the Primitive Way, to the many trails that exist today. They, who carry the scallops, make the scallops (roads) ”.

Vieiras e vieiros, stories of pilgrims is an extensive work in which Luar Na Lubre highlights the soundtrack of the territories through which the Jacobean itinerary passes, and which encompasses places such as O Cebreiro, A Fonsagrada, Costa da Morte or the very city of Santiago de Compostela. «The extensions of the Camino, up to Fisterra and Muxía, are the natural ends of the ancient Celtic Star Trail, the route that took pilgrims to the end of the earth, to the point where the sea began», he points out. Rosemary. Thus, the album includes, in addition to the new creations by Luar Na Lubre, «the very sounds that flow along the Camino and the traditional music that was present for a long time on the Jacobean route», says the artist. 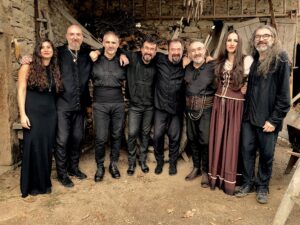 Vieiras e vieiros, stories of pilgrims also includes a second album, which compiles some of the songs by Luar Na Lubre related to the Jacobean route or the birth of it. «Our creation is a very personal one, but it is closely related to traditional music and, especially, to medieval Galician lyrics,» says Bieito Romero. Thus, in this second work Luar Na Lubre adapt cantigas as they have done on previous occasions, and it has such interesting collaborations as Diana Navarro, Ismael Serrano, Pablo Milanés, Miro Casabella, the Bratislava Symphony Orchestra and Carlos Jean. 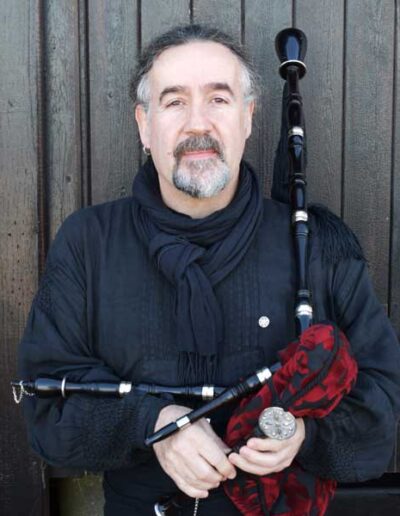 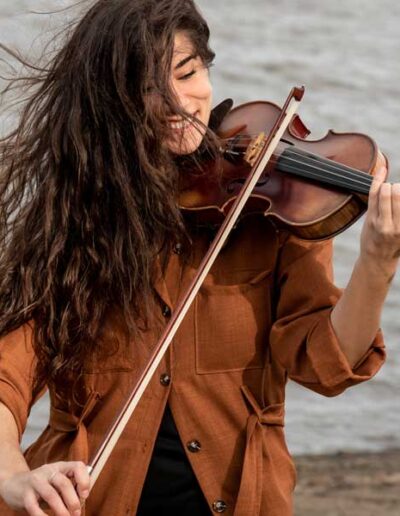 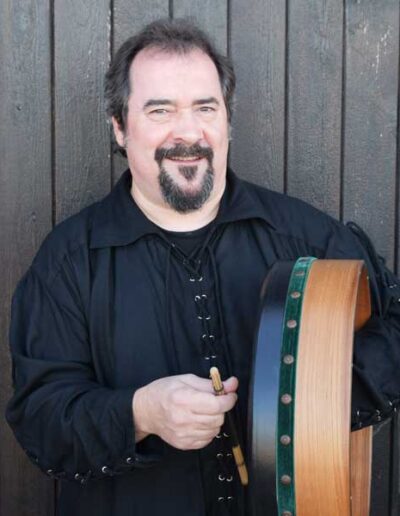 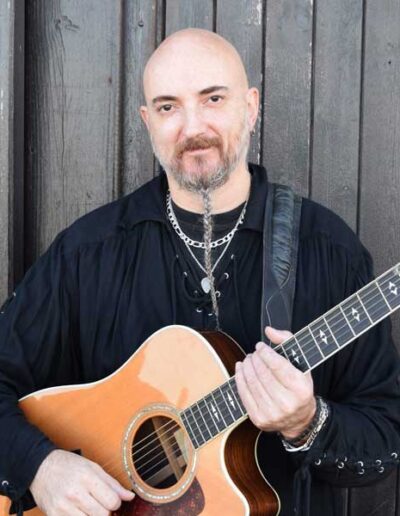 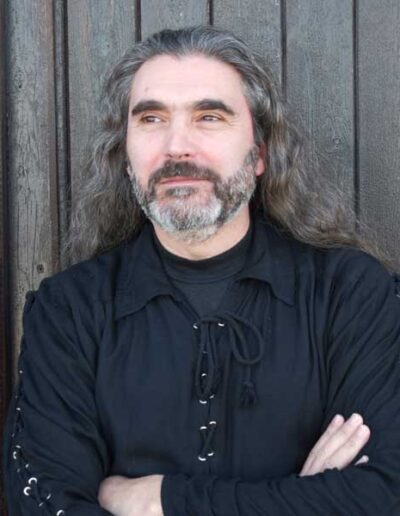 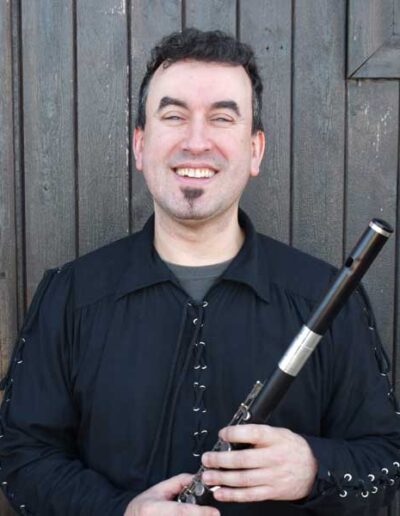 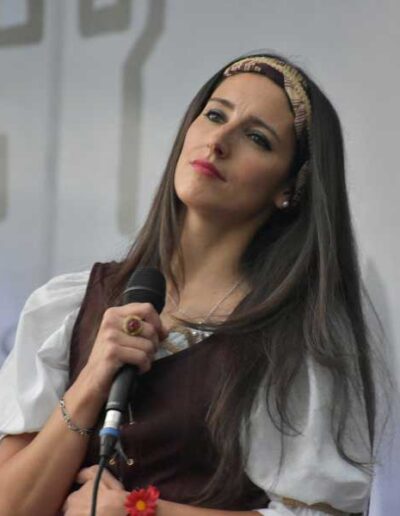 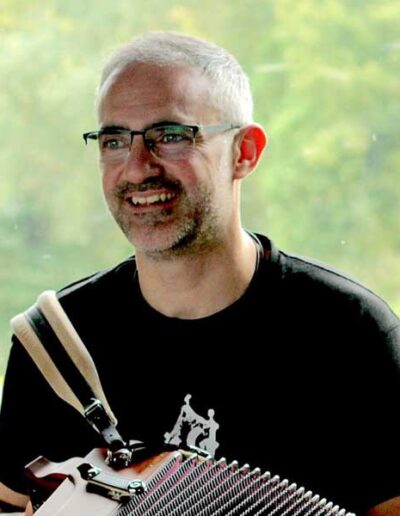 Luar Na Lubre’s music is suggestive, diverse allowing to dance and dream. The songs are full of life, soulful, well designed and intended to be permanent, with a long collective reach that flies above borders. «Listening to these songs that summarise 25 years of our life one can feel a vertigo
forward. If we look back, we feel satisfaction» explains Bieito Romero. «Our work is that of little ants, going forward with every album, every concert, always surpassing ourselves, always active. We are a large and well-adjusted band looking for a work well done and we are very satisfied with
our results».

«Our first album had the song O son do ar (included in this box), which was the title song and the one Mike Oldfield made a cover. In Spain, Oldfield was some kind of god and our music went through the roof. It helped us a lot, people became interested in Luar Na Lubre», Bieito Romero
continues.

This 30-year continuity is more significant and praiseworthy since it has been developed with perseverance and fidelity in the folk universe. «We perform traditional music, old songs, always from our own perspective», states Bieito Romero. «We work on root music contributing our colour, the same as with our own compositions, always inspired by Galician music». And when the term
«fusion» appears, Bieito makes this very clear: «we are a permeable country, helped by back-and- forth emigration, Camino de Santiago … Character comes from the way to understand music, sounds… We must be very careful with fusions and we must know styles properly. Fusion is not confusion».

But Luar Na Lubre’s music has no fusions nor confusions, no fashions nor fluctuations. It is an example of loyalty to a way of doing, of discovering links between root and contemporary, of determination in hard times that always bears fruit.

Luar Na Lubre are Bieito Romero (bagpipes, accordion, hurdy-gurdy), Irma Macías (voice), Nuria Naya (violin), Paxti Bermúdez (bodhran, drum), Pedro Valero (acoustic guitar), Xavier Ferreiro (latin percussion, effects), Xan Cerqueiro (flutes) and Brais Maceiras (accordion). Along this quarter of a century life, the band has had different siners such as Ana Espinosa, Rosa Cedron, Sara Louraço Vidal, Paula Rey, Belém Tajes and the present Irma Macías. All of them, together with Luar Na Lubre’s profound and precious instrumental character, have left a mark in the music of a unique and referral band because of their use of the basically Galician traditional music. Along their career, Luar Na Lubre has sold more than 300,000 copies of their albums (Plenilunio and Cabo do mundo became Golden Record) and has been awarded with nine Music Awards (granted by the Academy of Arts and Science of Music), two Luar Awards (granted by TVG’s programme Luar) and an Ideal Award (granted by El Ideal Gallego) amongst other distin tions. In its more than 30-years trajectory, Luar Na Lubre has given more than one thousand concerts in more than 23 countries, taking part in Wolrd Music main festivals with bands as Mike Oldfield, The Waterboys, The Corrs or Bob Geldof.